Showing posts from 2016
Show all

Learn to Knit – Life time skill of FUN!! Dates for 2017: Saturday, January 21, 2017  OR Saturday, March 11, 2017  OR Saturday, May 6, 2017  OR Saturday, September 16, 2017 Time:  10:00am-1:00pm Class Size:  maximum of 6 students Registration:  Stop by to register or call payment in full required at time of registration The class is FREE, but in order to attend you must purchase one of our materials packages We have prepared different kits of materials for you to choose from Each kit contains a book, needles and yarn Skill Requirements:  Absolute beginner – Ready to learn!!
Post a Comment
Read more 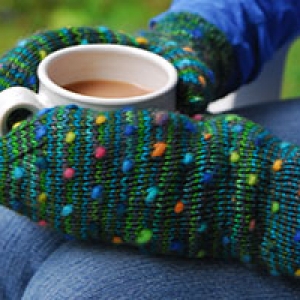 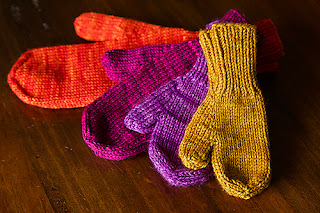 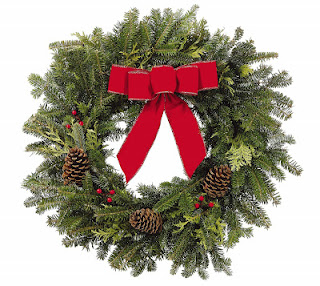 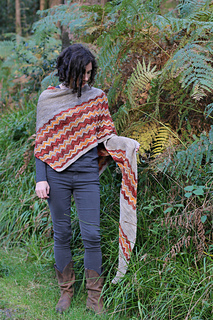 Carol Feller just released her new pattern called Russler. What a gorgeous wrap!! Photo by Joseph Feller We will be offering a FREE afternoon of colour coordinating yarns of your choice for you to create your stunning masterpiece!! With our newly arrived Indulgence Cashmere blend yarn, you will find 12 colour opportunities to start with and blend in your other colour needs. The pattern works with 3 colours but, with our plan the cashmere blend and 1 other colour would be a fine choice. Have a look at the Indulgence colours...    Please join us on Wednesday December 14 th from 1pm to 4pm for our FREE afternoon of playing with colour options for this lovely wrap. Our FREE KAL will start Wednesday January 11 th  on a Drop In basis – from 1pm to 4pm  and continue on Wednesdays until February 8 th . All yarns for this KAL must be purchased at Grey Heron. If you have further questions, please just ask. Do drop in to see the Indulgence Cashmere as it selling ri
Post a Comment
Read more

November 30, 2016
12 Days of Christmas SALE Every Thursday, Friday and Saturday until Christmas we will offer special discounts on certain products Starting tomorrow Dec 1 st to 3 rd the following items   will be on  SALE All project bags SAVE 12% We have some lovely bags in stock that knitters  will surely love to receive  All Rowan yarns on Clearance Pure Wool Superwash Worsted – $18.00 now $10.00 Wool and Hemp Tweed Worsted – $11.50 now $7.00 Felted Tweed DK – $16.75 now $10.00 Fine Tweed – discontinued – now $6.00 while supplies last – SALE applies to in stock yarn only Cascade Casablanca and Souk – clearance Both yarns have lovely long colour blocks, 220 yds, great colours $19.00 now $10.00 per skein  This SALE ends on Saturday Dec 3 rd  @ 4pm Stay tuned for next weeks SALE notice on Wednesday Dec 7th ALL items purchased during the 12 Day sale are considered
1 comment
Read more

October 26, 2016
It’s Drop In Time = $20.00 for 2 hours of learning and fun!!  All classes are Thursday mornings 10am to 12pm – see dates below We have set aside the formal classes to offer a “drop in” format group of classes to help you with a few Christmas gifts. Thursday Nov 3 rd  = Fun with one colour Brioche stitch cowl/scarf Skills: Brioche stitch, provisional cast on, 3 needle bind off Nov 10 th  = Cable hat band design Skills: Charts, provisional cast on, 3 needle bind off, pick up stitches, Nov 17th = Swedish Twined knitting – hat, mittens, slippers Skills: traditional Swedish knitting Nov 24 th  = Shetland “Hap” small project Skills: Lace, Seaming, Charts, Although these classes are “drop in”, you can register right up until the day before the class date. You might be lucky and we have room, but if you don’t want to miss out on a particular class, please drop by to pay for the class in advance. You will need practise supplies and materials for the projects, so do chec
1 comment
Read more 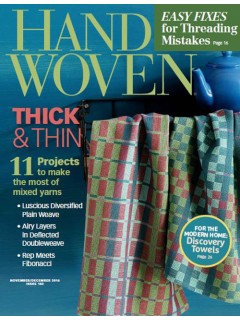 Mixed yarns highlight this issue of  Handwoven , as weavers will read how to make the most of weaving thick and thin. Enjoy 10 projects with options for 4-shaft, 8-shaft, and rigid-heddle weavers. Whether it’s a deflected doubleweave scarf that separates into two layers at the ends, a rigid-heddle shawl that’s easy to weave and wonderful to wear, or one of the other must-weave projects, you will find plenty of reasons to cozy up with your loom! Deb Essen also shows you how to easily fix common threading mistakes. And in his column “Notes from the Fell,” Tom Knisely teaches you how to weave a beautiful baby blanket and gives an idea for a new family tradition. Projects include: Dancing Circles Scarf Discovery Towels in Thick & Thin Diamonds with Pizzazz Bag Fibonacci in Rep Runner Thick and Thin Bed Rug “Wearing Purple” Crackle Runner Royal Holiday Runner Layers of Air Scarf Salmagundi Shawl Traditions: Sweet Little Wedding Towels
1 comment
Read more

Spin & Knit  features spinning and knitting projects for all skill levels, whether you just started or are more experienced. Explore your local fiber festival with our insider’s guide filled with tips such as wool show secrets, what not to miss, and how to shop like a pro. Learn about the animal fibers we love to spin from various sheep breeds to camelids to goats. We’re batty for batts—and we know you are too! Learn three ways to spin striped batts. Discover how to control color and texture and spin lofty, smooth, or wild yarn that make your knitting sing. New to spinning? Maggie Casey covers the basics with a step-by-step introduction to spinning. Anne Podlesak shares the inside scoop on how to get your special fleece processed at a mill. Already have a stash of handspun yarn? Leslie Ordal explains why not getting gauge is not a hindrance to knitting with your handspun. Get all this and more in  Spin & Knit ! Projects include: North Road Hat by Kate Larson Timberlan
1 comment
Read more

October 12, 2016
Benjamin, born in Bulter Ohio, and Caroline "Carrie" McCann met & married in Ohio had 5 children, three daughters, Malacy, Ann, & Emma and two sons William "Frank", and Joseph Alpheus "Al" McCann.  The McCann clan lived in Ramsey Illinois during the Civil war, and later moved onto Winfield, Kansas before finally settling in Barry County Missouri in a place know then as Sugar Creek that would later be come to know as Seligman Missouri.  Benjamin was a carpenter and farmer by trade, and his sons followed in his footsteps building many of the towns buildings, homes and area bridges for the Frisco railroad. Frank married Hattie Beirly and had three children Mildred, Lillian, and Benjamin "Bennie" McCann.  Al met and married Alice Yount they had 7 children Josie, Maynita, Lenna, Nettie, Georgia, Chloe and their only son LaVoughn who died in infancy.  About the same time as the LaVoughn's death, Lenna who was young gave birth to
1 comment
Read more 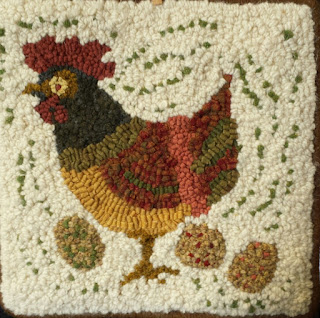 Mark your calendars - Tuesday Sept 27th and Tuesday Oct 4th Intro to Traditional Rug Hooking - 9 hours of instruction!! Take part in the 2 day program. This is a fun learn hook chat workshop. We supply the kit in our package pricing of $130.00. We take you from start to finish... speaking of finished... here's a quick peek at the two choices of kits. We have space for 6 participants only. Registration opens on Thursday Sept 1st. Payment required at time of registration.
1 comment
Read more 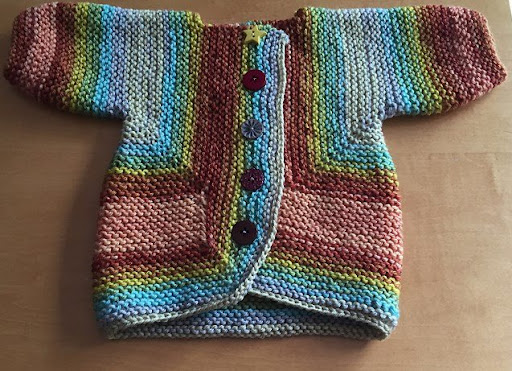 Grey Heron Baby Surprise Jacket class - 2hrs - $23.00 This adorable baby sweater knit in garter stitch was designed by Elizabeth Zimmermann in 1968. The updated 12-page pattern offers child and adult sizing, a collar and a hood for additional options. If you'd like to work through this project with some guidance, helpful tips and ideas, join us for this two week class. Thursday June 23rd and Thursday June 30th - 10:30am to 11:30pm There is homework to be completed before class. We do have patterns available for purchase.    Traditional Shetland Hap Shawl class - 3 @ 1 1/2 hrs - $60.00 Here's your chance to try a little something from the Shetland Islands. This Hap Shawl is knit in the traditional manner. Thurs July 7th and Thurs July 21st and Thurs Aug 4th - 10:30am to 12:00pm   Pattern available at shop   Please register and pay in advance f
1 comment
Read more 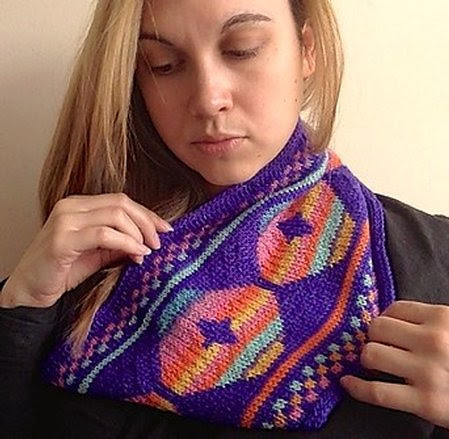 Pretty Poppy Cowl Please join Sue Mitchell @ Grey Heron for a class in colourwork. Saturday May 28 th – 10am to 1pm – 3 hrs @ $48.00 Class includes pattern, Sue’s instruction & helpful hints Sue’s lovely design is a great first colourwork project! It's knit in two colours and utilizes just knits and purls. Features: Here’s your chance to try a variegated or self-striping yarn for the poppy colour section. Let the colour work for you while you enjoy the process. An optional i-cord cast on and bind off are offered for more advanced knitters. Both charts and written instructions are available in the pattern! Available in 3 Sizes: S ( M , L) 33” (84cm) 43.5 (110 cm) , 55” (140cm) Class fees are to be paid in full at time of registration, either in person or with a credit card over the phone. Classes are non-refundable and non-transferable. All class fees are subject to HST.
Post a Comment
Read more

April 04, 2016
With the Lakeside Yarn Crawl starting up in June we've decided to stay OPEN on Sundays to give the crawlers an opportunity to drop by during their weekend day tripping.  Our first Sunday to stay OPEN will be Sunday April 17th Tuesday - Friday 10:00am - 5:30pm Saturday 10:00am to 4:00pm Sunday 11:00am to 4:00pm Monday - CLOSED
1 comment
Read more 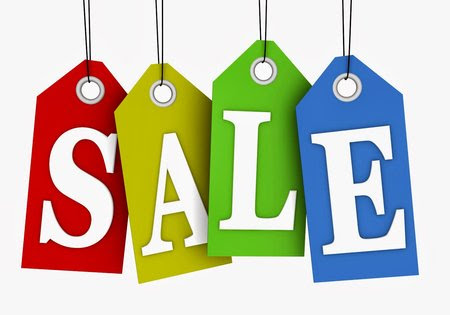 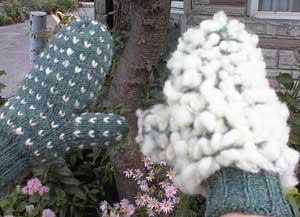 Thrum Mitten class Perfect for dog walking, keep your fingers warm/toasty - keep the winter winds out. Saturday Feb 27 th 10am to 12pm                          OR Wednesday March 9 th 10am to 12pm $25.00 (includes pattern) Materials extra Please purchase your supplies @ Grey Heron Learn this wonderful technique called thrumming. We teach you how to make a thrum, several techniques for knitting in your thrums and general discussion. Intermediate: must have experience using DPNs/Magic Loop – knitting small circumferences Homework – must have cuff knit so we are ready to start the thrumming process Class fees are to be paid in full at time of registration – in person, call in with credit card Grey Heron #1 65 Simcoe St, Collingwood greyheron@bellnet.ca     705-444-0370
Post a Comment
Read more

Getting the Best Fit from your Hand Knit Socks 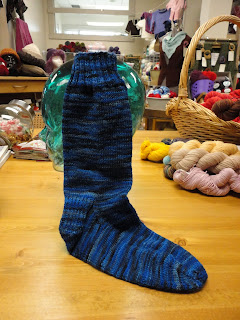 Getting the Best Fit from your Hand Knit Socks I hear this over and over again… My socks fit OK, but the fit could be better I have a wide foot but a narrow heel… how do I get a good fit? We are offering the “Sock Secret Weapon to getting the Perfect Fit” Class Join us on Wednesday March 23, 2016 from 9:30am to 12:30pm During this 3 hour class:  $30.00 + HST We will discuss fit, measure your feet and design your special fit The class is limited to 6 participants Payment required at time of registering. You will discover techniques that will make socking knitting so much easier!!  Be ready to take your boots off to measure your feet!!   Must have previous sock knitting experience – Not for beginners Bring yarn and needles - fingering - worsted We will be practising different techniques Contact Karen at the shop – email – phone – drop in 705-444-0370     greyheron@bellnet.ca
Post a Comment
Read more
More posts